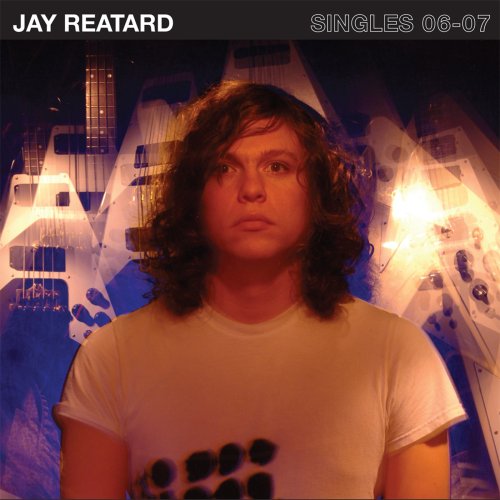 As a 70's punk elitist, it's as refreshing as it is uncommon to hear music like Jay Reatard's. I have a severe distaste for anything attempting to sound "punk" released after 1979. It was great when it was around, but it gets old too quick. You can only hear so many variations on the chords to 'Blitzkrieg Bop' before having to throw up. Too many band from the 90's and 00's that have tried to recapture the sound of that era failed in one big department: uniqueness. Rancid was a Clash clone, Green Day and the Offspring brought NOTHING new to the table, and the whole thing was clearly a marketing scam. The only thing they added to all those great 70's groups was vapidity and ingenuity.

That being said, Jay Reatard is a punk rock revivalist hat actually knows what he's doing. Sounding like an abused child of The Adverts and Buzz****s, raised in an orphanage owned by David Bowie, Reatard's consistency over one album and two singles compilations is only matched by his ferocity. Songs like "My Shadow" and "Death Is Forming" from his first album, Blood Visions whizz by at the speed of hardcore, yet with the craftsmanship of punk rocks more songwriting-oriented bands. The same can be said on "Singles 06-07", opening up with "Night of Broken Glass". A simple bassline and vocal chant opens up the song, in comes jagged guitar chords for the second half of the verse, and by the chorus, the song has exploded into a tremendous amount of energy. Never longwinded, these songs are over as quick as they begin, always leaving the listener wanting more.

Jay proves himself to be no 'one trick pony' however. His cover of The Go-Betweens' "Don't Let Him Come Back" suggests a softer side, as do ballads like "Haunting You" and "Let It All Go". What sets these apart from your standard touching ballads however, is Reatard's abilty to retain all of the energy threatening to explode out of your speakers in songs like "Broken Glass" and "Its So Useless", and put them to use in his less abrasive songs, proving once again, when it comes to musical intensity, volume isn't neccassary.

[SIZE="3"]Matador Singles '08[/SIZE]
I really didn't know what to expect from Jay Reatard's newest batch of singles. I loved "Singles '08", but I felt more of the same could be redundant, I like when artists switch things up album to album. Yet at the same time, punk outfits like Jay Reatard very rarely lend themselves well to alternative forms of expression. Numerous punk bands have fallen flat on their face attempting to experiment, and with a name like Jay Reatard, a more mature, less reckless album seems almost silly.

Thankfully, Reatard seems to have taken all of this in account, and delivered a string of singles that acknowledges his maturity, but still has a photo of a man sitting on a toilet puking 45's all over the floor for the back cover. In otherwords, Jay's music is changing-but in a good way-and in NO WAY does that mean hes lost any of the energy he's demonstrated on earlier albums-I should mention this is still a punk rock record.

The album opens with the first single, See/Saw, with its bursts of lead guitar, and rollicking melody, and the excellent outro, where the lines, "She creeps me out/She crept me in again" are chanted over guitars building up before joyously rocking out before the tracks end.

Perhaps the most interesting song here is Jay's cover of the Deerhunter track "Fluorescent Grey". He basically turns it into a standard Jay Reatard song (very lo-fi, frantic vocals), which works fine, even if it sticks out like a sore thumb among the rest of his tracks, due to the unconvetional song structure (in a good way, of course)


"Rocking out" is a great term-it should be noted that this is a very fun album, Jay never takes himself too seriously, and even with the single "No Time b/w You Were Sleeping", the last of his recent singles, his softest, and possibly most affecting songs to date, he never seems like he oversteps his boundaries. Jay Reatard is maturing, but its on his own terms. He's pacing himself, but that's fine with me-someone who releases two albums in one year can take all the time in the world. In the meantime Ill be looking forward to his next release, which should be out by November at this rate.
85/100